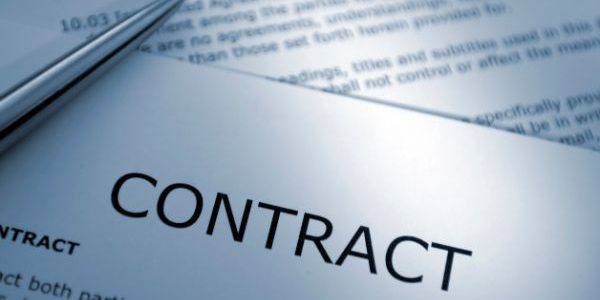 Contracts are central to any business. They outline agreements with suppliers, employees, customers, property owners, contractors, and many others. As a business owner, you probably interact with and sign contracts on a daily basis, yet rarely think about what happens should some portion of the agreement become a problem and the language of the contract come into play. Contract law is a whole practice unto itself, with rules regarding the specific language of the contracts, which agreement controls when quotes are passed back and forth with terms attached, and whether those insanely long agreements on software and websites that few people read are really binding (hint: they probably are). So what makes a contract legally binding?

What is a Contract?

In short, a contract is an agreement between two or more people where there is an exchange of goods or services in return for some form of consideration. The contract is designed to clearly outline the agreement between parties to prevent future disputes. A well written contract not only covers who is going to do what for how much, but numerous other details that will keep the business deal on track or outline what should happen if a dispute arises.

Contracts do not have to be in writing, though it’s generally a good idea. An oral agreement can still be enforceable, though the details are a tad harder to prove when a dispute arises. All a contract needs are two or more parties who agree to be bound to a legal goal and some form of consideration.