When is a Lawsuit Really Over? 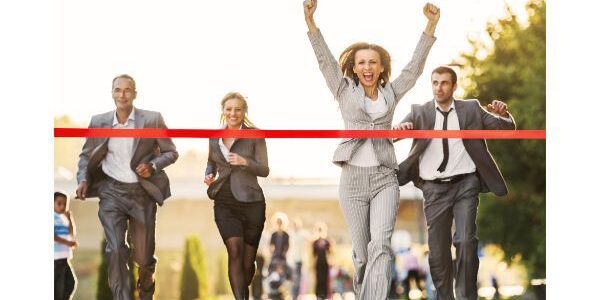 A lawsuit can be a hugely stressful situation for the parties involved, especially when it drains attention and resources from a business. While the U.S. has rules regarding double-jeopardy and not getting a second bite at the apple, it can easily seem like the legal process is never-ending and appeals go on forever. So when, really, is a lawsuit over?

If you’ve filed a lawsuit and received no response, you may think that default judgment is the end. While this mechanism is designed to encourage people to respond in a timely manner, there are plenty of situations were a late response is considered and the case is moved out of default judgment and may still forward. Further, if you’re granted a default judgment, in order to collect, you likely have to place a judgment lien against their property, a legal process in and of itself.

Settling a case is likely the quickest path to truly being done. Both sides have agreed on a resolution, even if there is no admission of fault or action on either side. Because you’ve reached an agreement, you’re likely to receive the sum or actions agreed upon without further fighting.

If the alternative dispute resolution method selected is final, reaching a conclusion is generally much quicker than going through with a lawsuit. Many businesses prefer binding arbitration for exactly this reason. However, not all arbitration is binding and much mediation is aimed at reaching a settlement to keep cases from clogging up the court. If your case is in a district that mandates ADR before trial, the results are not binding and, if both parties don’t agree, the case moves on to trial.

A judgment is generally the final say on the facts since appeals only impact matters of law. However, a decision on appeal can often require a new trial where the judge misapplies the law in the correct manner or there is significant enough error to likely impact the jury’s decision. Cases can be appealed up and down for years, and in rare cases for decades, not reaching a conclusion until an appeals court with discretion refuses to hear an appeal, effectively shutting down the case.

Reaching a final decision through the judicial process can take years, which is why many people prefer the finality of settlement or ADR to hear their issues. Others, after having their say and their day in court, are willing to accept the ruling of judge and jury. How long a case will take and the best strategy for your business depend on the details of the situation and the personalities on each side.

As experienced litigation attorneys, the team at Dunn Law Firm is ready to help you pursue your goals through court. We have the experience to argue your case at both state and federal levels and the strength to negotiate reasonable deals when possible. To learn more, reach out to the Dunn Law Firm by calling (435) 628-5405 and set up a free consultation today.