Can You Sue Santa? 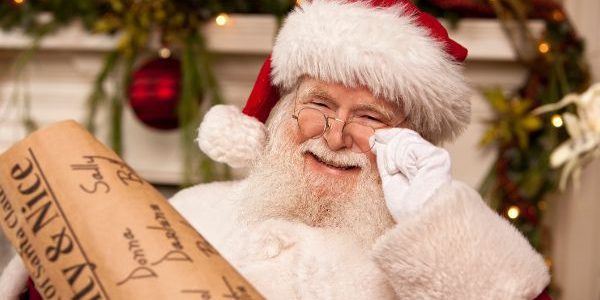 If your child knows what a subpoena is, and suggests sending one to Santa in order to determine preemptively whether she is on the naughty or nice list, she may be the child of a lawyer. If that same child, when the requested bike lacks a basket, suggests suing Santa, then it’s time for a lesson on standing. Let’s answer the important question of “Who Can Sue Santa?”

You may think that the elf, injured when the basket-making machine went haywire because it had not had regular maintenance might have a clearer injury. Perhaps the third-party basket maker, brought in at the last minute to supply tinsel-covered bicycle baskets, who was then not paid in a timely fashion has a clear injury. Maybe even the lucky tourist who found Santa’s workshop and, while touring the facility, slipped on some left-behind basket reeds. Why even Santa’s kids must face the fact that their father is unlikely to die in the near future and leave them an estate to fight over.

The child whose bike lacks a basket, however, may not have an injury and thus not have standing to sue Santa. This will become a question of whether the bike was a gift, given in kindness, to a little girl who was largely good all year. The child, of course, may respond that she had an oral contract with Santa where she sat on his knee and specified, in detail, the bicycle expected. In consideration for this bike with lavish basket, she agreed to continue to control her behavior.

There must also be a causal link between the individual or business you choose to sue and the injury involved. If, for example, Santa does not in fact deliver the gifts, merely spins an elaborate marketing ploy, then perhaps Santa is not the cause of the injury. Instead, the parties responsible for choosing and delivering the appropriate bike are at fault.

However, if it could be shown that Santa, while not responsible directly for delivering the bicycle with basket, contracts with various delivery groups, such as Parents R Us, to provide the requested toys, then there may be causation in the lack of oversight and quality control Santa has over his subcontractors.

Finally, in order to sue Santa, there must be a way for Santa to right the wrong done. This could perhaps be where Santa provides cash to the parents to procure the needed bike, as well as some extra cash to compensate with ice cream for the pain and suffering the child endured when she was the only one on the block whose new bike lacked the requisite basket.

Another option would be to request an injunction, where Santa continues to suspend time and stops delivering altogether until the correct bicycle is found. Or perhaps we could just throw Santa in jail, but I imagine that would not solve the problem and result in all the lawyers involved permanently going on the naughty list.

Of course, having standing to sue Santa does not speak to the final merits of the case, merely establishes that you have the right to bring a lawsuit. If you’re facing a business lawsuit or looking to use the courts to remedy an issue, reach out to the experienced team of litigators at the Dunn Law Firm. We understand business litigation. To learn more, reach out to the Dunn Law Firm by calling (435) 628-5405 and set up a free consultation today.