The Advantages and Limitations of Non-Compete Agreements 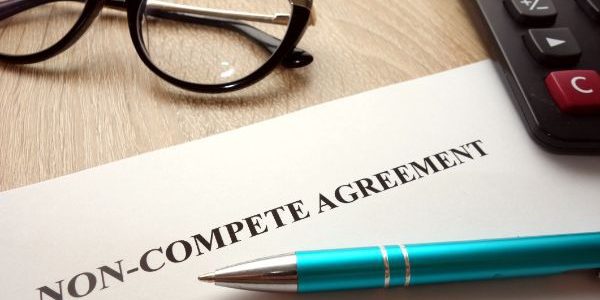 Non-compete agreements are often included as part of a non-disclosure agreement or business contract. For instance, two businesses are planning to work on a project together and need to be able to exchange information, either mutually or one-direction. The non-compete will cover both competition using the trade secret information and may also limit the ability of one company to hire the talent of the other company to further prevent them from taking IP and abilities. These agreements are important to allow businesses to collaborate, but can also be difficult to enforce in some situations.

Non-compete agreements are frequently important for employees, particularly employees who are working with proprietary information, have unique skills, or are developing trade secret information. The agreement prevents them from learning how to do something and building contacts at the company and then going out to work directly with a competitor or starting a business based on the information they gained while working at the first company. These agreements must be carefully crafted in order to be enforceable, but can deter and even stop employees from draining a business of its intellectual property.

Particularly in relation to non-compete agreements with employees, there are certain limits. While these vary state-to-state, these limits are designed to protect an employee’s ability to earn a living. The non-compete they sign cannot be so broad that they cannot find employment in their field. Agreements must thus have some kind of limitation on them that makes sense for the industry, such as a geographic limitation, a time limitation, or a scope limitation.

For example, a non-compete in a dentist’s office might prevent a junior dentist from working for a few years at the office, developing a clientele, then opening a competing office within the same town. It may not prevent the junior dentist, however, from practicing as a dentist with another group or opening their own practice in a different town. Similarly, time limitations may restrict someone’s ability to work for a competitive business for a period of 1 year in Utah, hopefully long enough that the product they helped develop is either further along and thus their knowledge isn’t relevant or has a leg up in the market.

In Utah, the topic of non-compete agreements has been the subject of some debate with a 2016 statute restricting post-employment limitations to a 1-year timeframe, with exceptions. The statute was amended in 2018 to provide further exceptions for the broadcast industry and is still a topic for debate.

If your business is looking to enforce a non-compete agreement, the experienced team of litigators at the Dunn Law Firm are here to help. To learn more, reach out to the Dunn Law Firm by calling (435) 628-5405 and set up a free consultation today.